Four Gallant Gentlemen were called upon to attempt to rescue two Damsels in Distress before the ride had started. 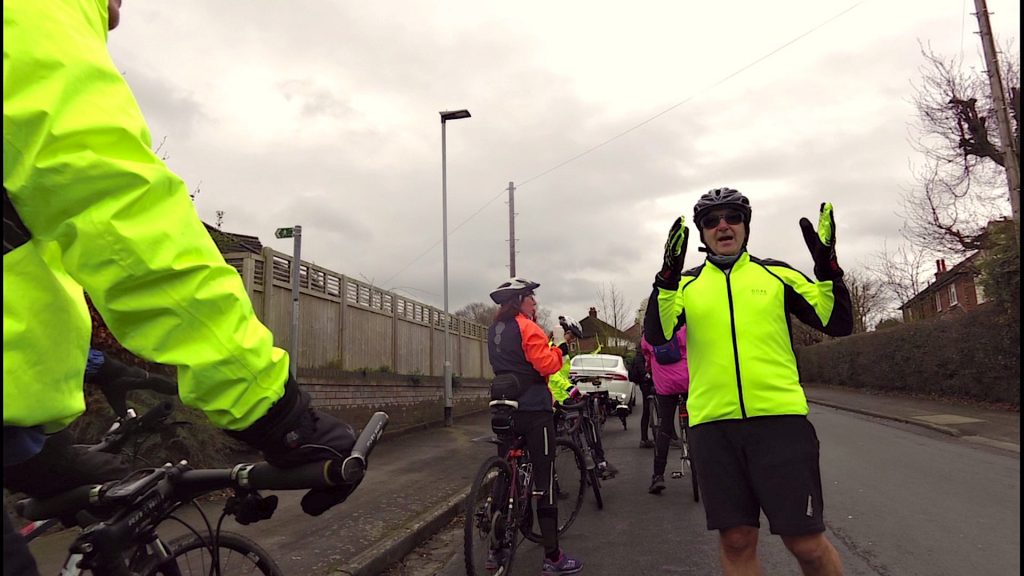 Somethings afoot, or perhaps a tad more than a foot! 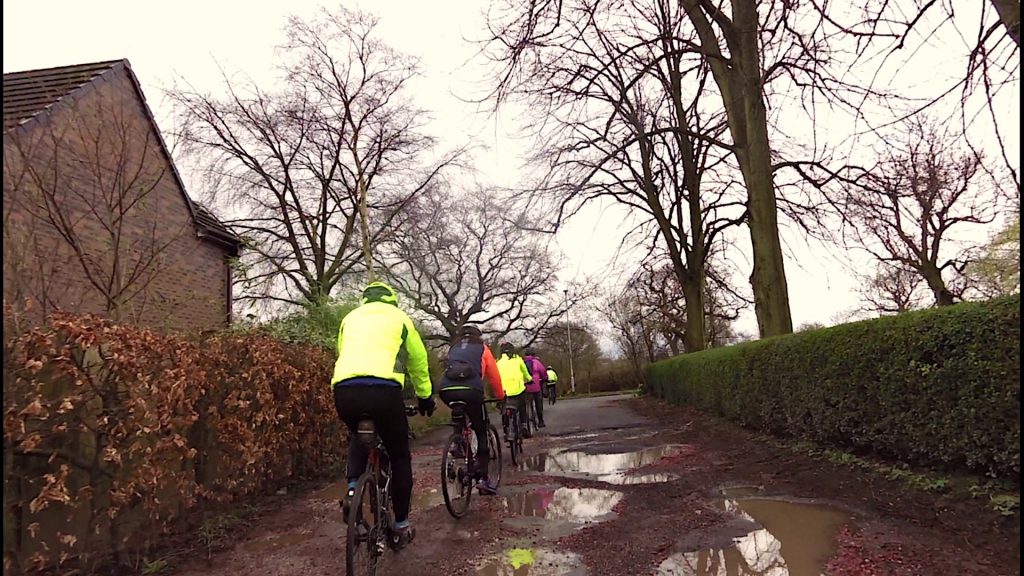 Phil & Jim H would be proud of you John! 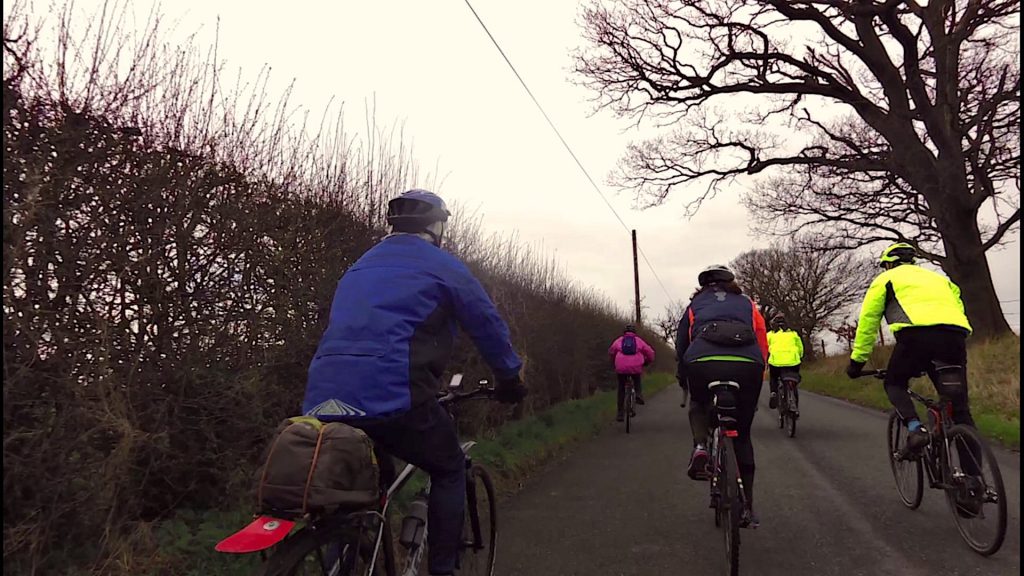 We did say they were quiet country lanes! 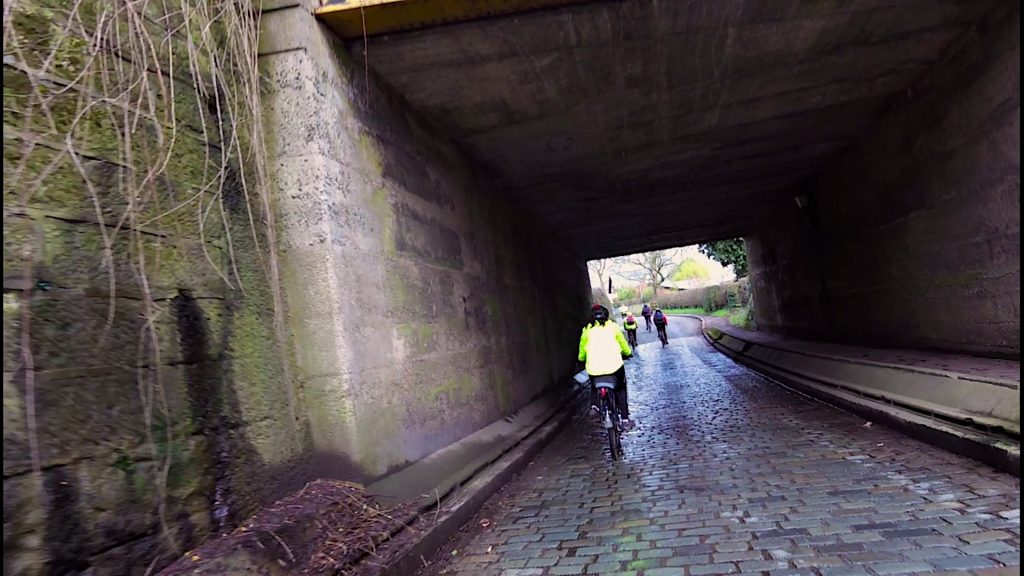 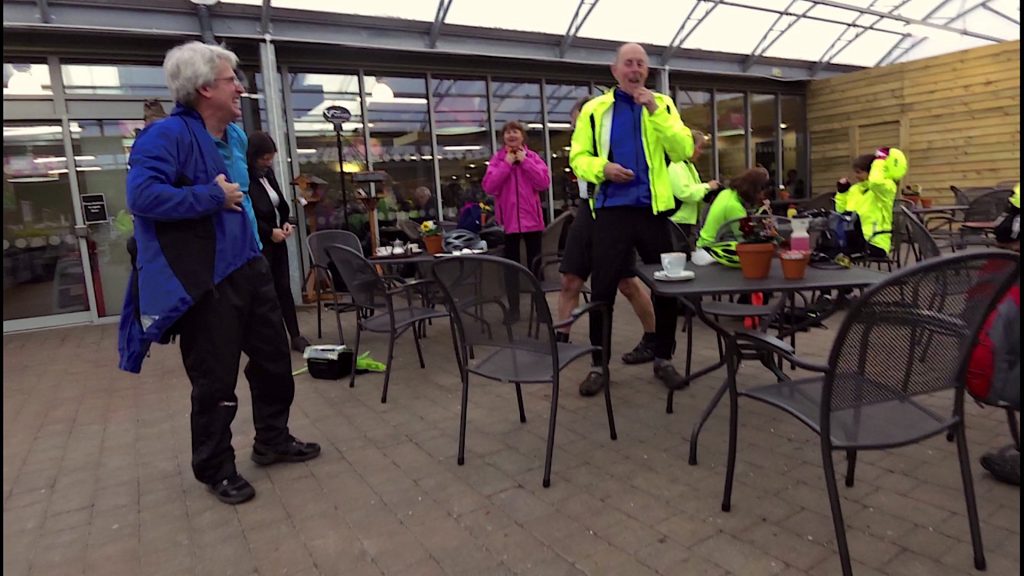 Heaven forbid, someones nicked Steve’s microphone, without him even noticing! 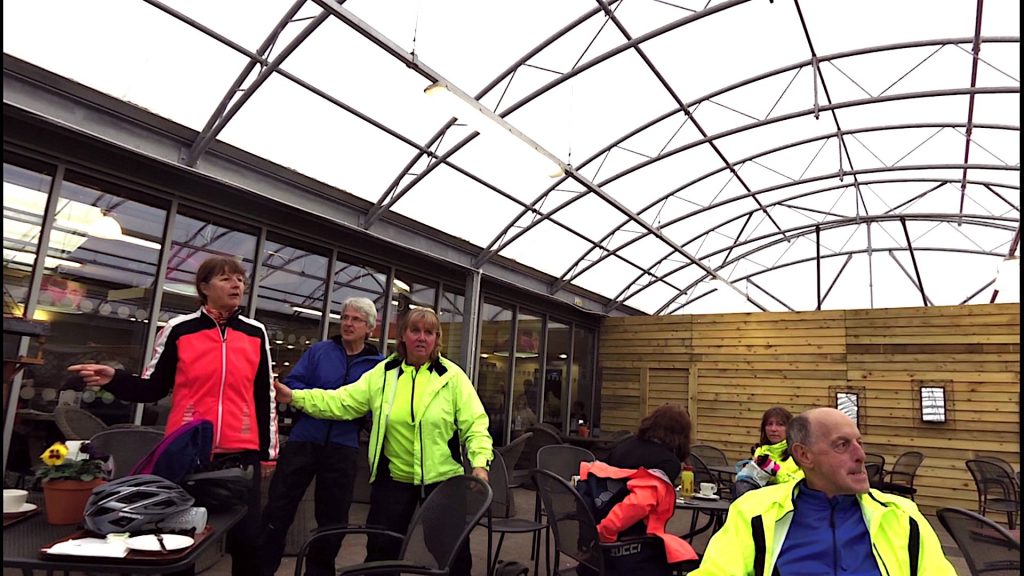 Steve’s deep in thought and Sue seems quite startled, wonder why! 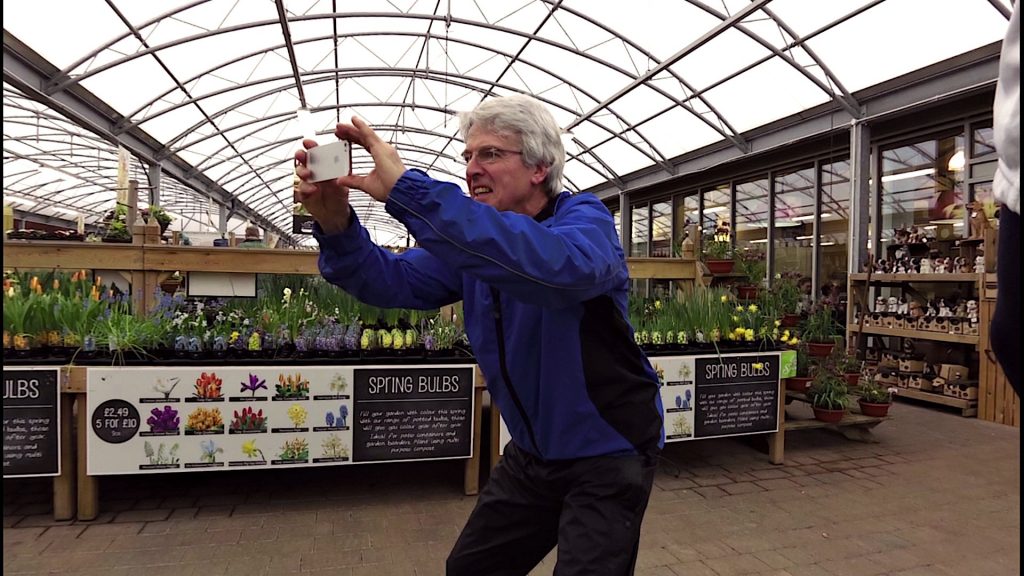 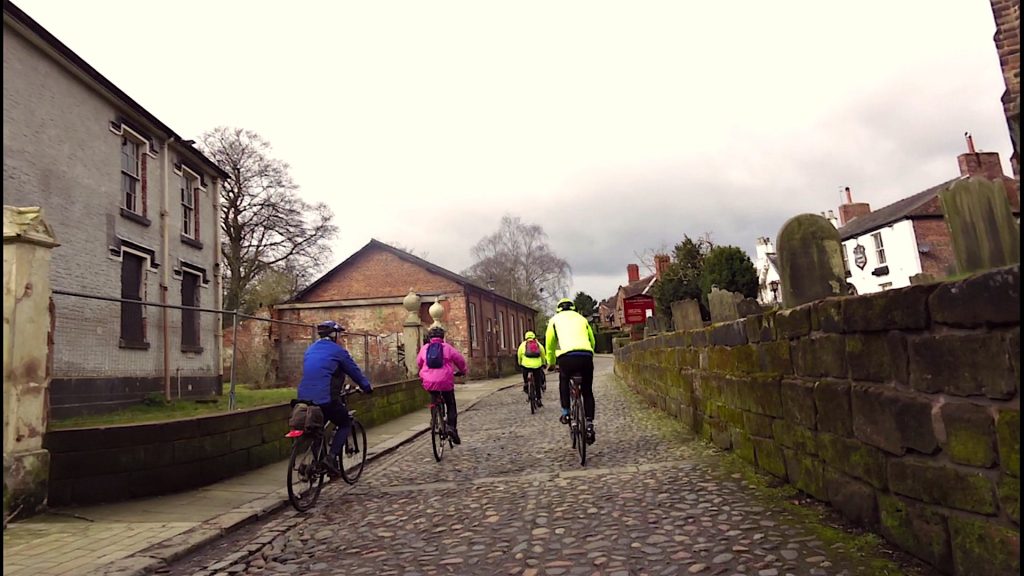 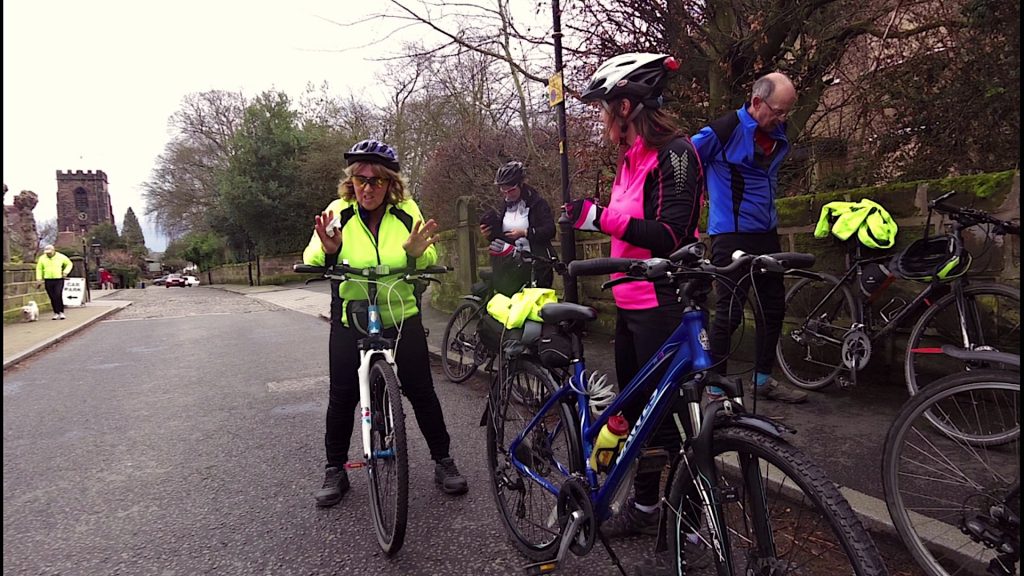 Wouldn’t want to get on the wrong side of Sue judging by that expression! 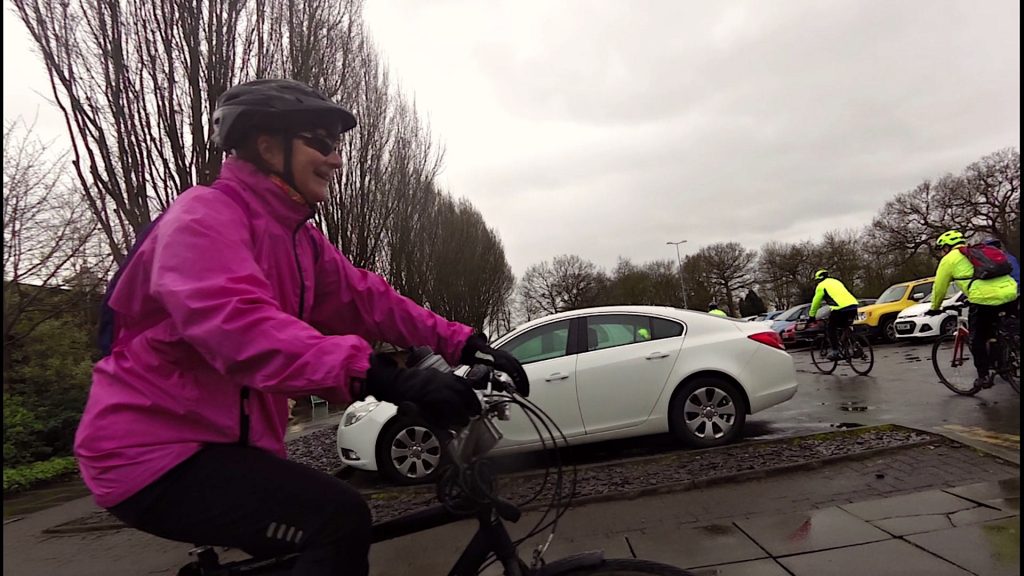 All smiles despite the rain! 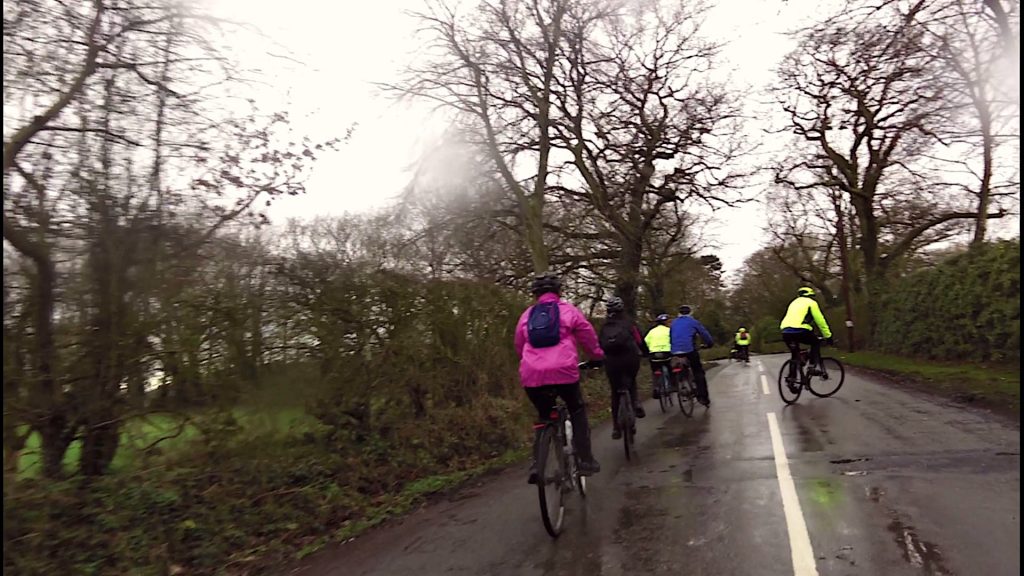 Look’s like Steve knows a short cut, cant quite see it myself! 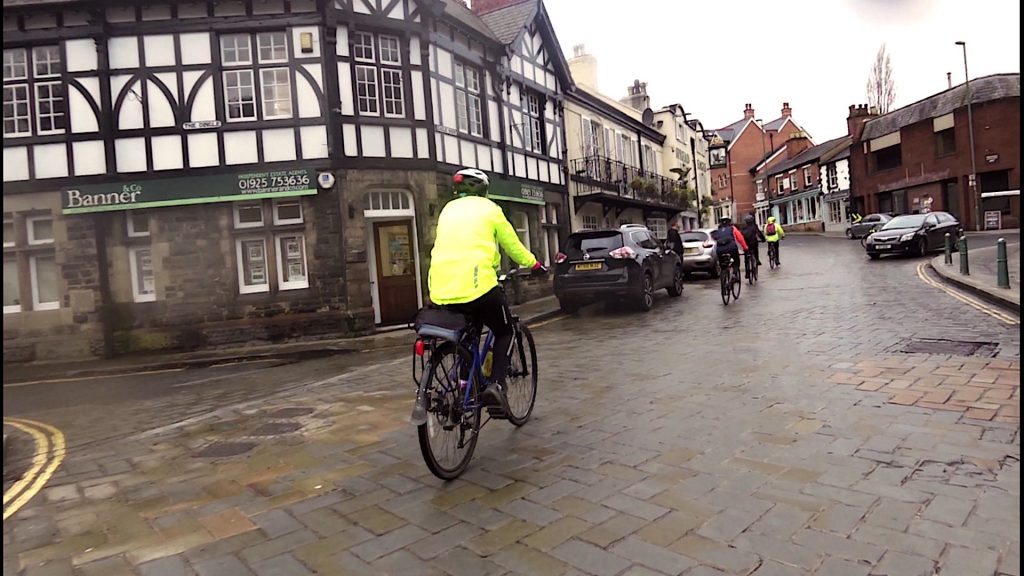 Wouldn’t have known it was a Banner if it hadn’t had the Banner sign on it! 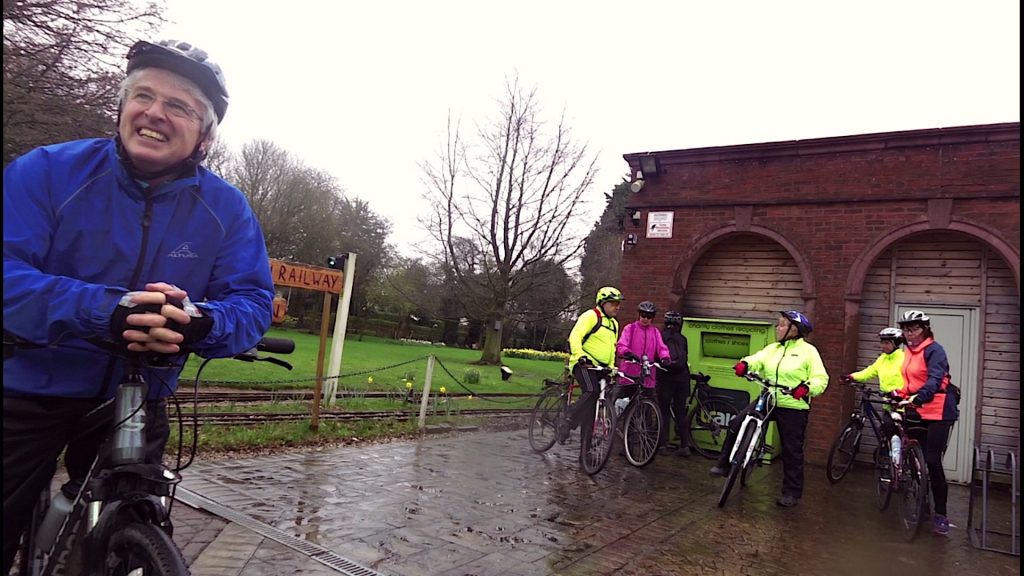 Enid’s busy having a rummage in the charity clothing bin! 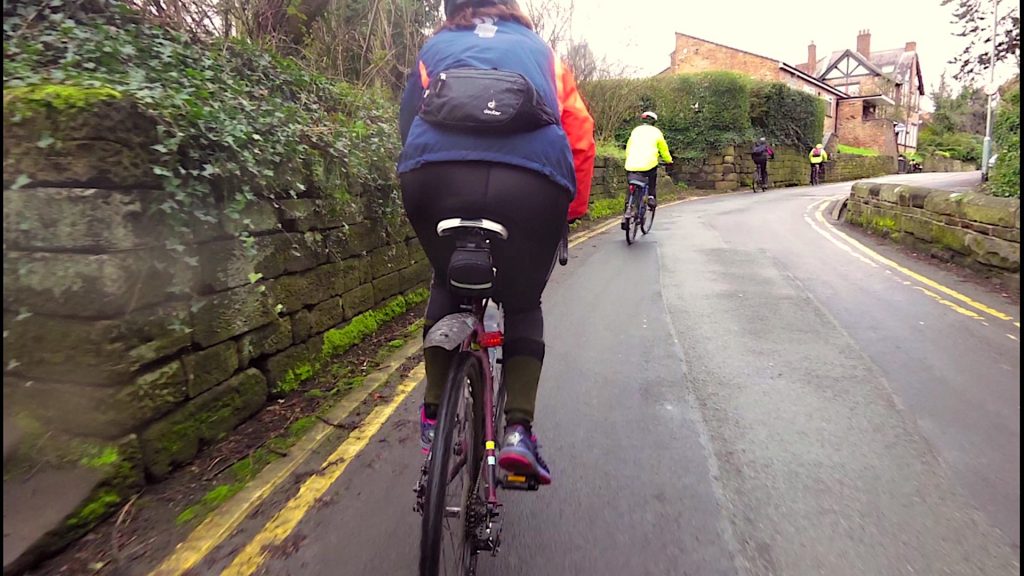 Were all dying to know, undies or commando? Cameraman might know!